Dallas has started off slow in all three games they’ve played this year. Early turnovers has put this team in catch up mode in every game. They play well when there’s a since of urgency. They need to start the playing like they are down 10 points. Cleveland on the other hand has played some really good ball. Their offense has put up points on some really good teams. Let’s take a look at this week’s match up.

Why you should watch this game
You want to see the Cowboys get off to a strong start. You know the Cowboys defense has to shut down Odell Beckham, Jr. And Jarvis Landry.

Why you shouldn’t watch this game
You are stuck in church because a guest speaker has traveled to bless your church with a word. If you can excuse yourself, you can catch the radio coverage on 105.3 fm.

Cleveland Browns
Let’s face it the Cleveland Browns are a really good team that hasn’t jelled on the field. Cleveland has five All-Pro players on offense that struggle in the latter parts of winnable games. Wide receivers Odell Beckham Jr., Jarvis Landry and Donovan Peoples-Jones have speed and route running abilities to confuse any cornerback in the league. TE Austin Hooper is a key component to for that Browns offense in the red zone. Running backs Kareem Hunt (Questionable) and Nick Chubb will get their touches in this one. The Cowboy defense has to apply pressure to QB Baker Mayfield and get him rattled early to get a win.

Dallas Cowboys
The Cowboys should be sitting at 3-0 right now. Early turnovers and suspect play calling has this team at 1-2. Cowboy fans are eager to see this team win a Super Bowl. Dak Prescott is ranked in six categories this year. He has 1188 passing with 5 TDs and a pair of interceptions. Not to mention that he has three rushing touchdowns as well. Look for Zeke Elliott to continue his dominance carrying the ball for the Cowboys. The defense must stop running back Nick Chubb from getting off to a fast start in this one. The cornerbacks have shown some flashes of being a decent squad, but costly penalties have allowed opposing offenses several opportunities to score in the red zone.

Prediction
ESPN has this game competitive, but not close. Dallas has a 66.9% chance of winning at home. The over/under is 56, so take the over. Cleveland will keep it close, but Dallas will pull it out. I’m taking Dallas by 10. 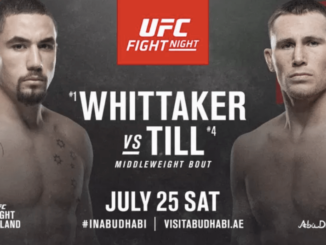 UFC on ESPN: Whittaker vs Till Preview 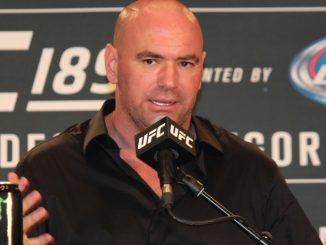