Here we go! The NFL Wildcard games kick-off with the Kansas City Chiefs (11-5) traveling to face the Indianapolis Colts (11-5) for the only game indoors on this frigid weekend. The Chiefs will be looking for revenge from a home loss to the Colts, while the Colts will be looking to use their last postseason loss as motivation.

No two franchises have made a turnaround like Indianapolis and Kansas City in recent history. One season ago, the Colts followed finishing last with a first round pick and new coach that led them to the playoffs the next year. The Chiefs did the exact same thing this year. That my friends is called parody in the NFL.

Kansas City Chiefs
K.C. is not the same team that started 9-0. They finished the season 2-5, including a loss at home to the Colts 23-7. The problem has been their injuries on defense to core players Tamba Hali and Justin Houston. The defense only gave up 17 ppg with Houston in the lineup. In the last six games, they gave up an average of 30.8 ppg. Both will play today.

Alex Smith’s 23 touchdowns to only seven interceptions ratio is exactly why Andy Reid wanted him. The offense still, however, runs through Jamaal Charles who has averaged 120 ypg in the last five games and six touchdowns. That includes 13 carries for 106 yards in their loss to Indianapolis.

Indianapolis Colts
The Colts defense is anchored by Robert Mathis. He has a league leading 19.5 sacks this season. After giving up 42 points to Cincinnati, they only gave up a combined 20 points in their last three games.

Andrew Luck, in only his second season, continues to be a proficient passer with only nine interceptions this year to 23 touchdowns. Their offense has struggled at times this season to put up points since losing Reggie Wayne for the year. T.Y. Hilton has come on lately as target for Luck, but he is not Reggie. The trade to bring in Trent Richardson has not panned out the way most thought it would. The team has the lowest amount of giveaways this season in the NFL with 14.

Keys To Winning
The Colts have the skins on the wall. They have beaten better opponents on the road in tougher environments including Kansas City. They also have playoff experience to draw from and they do not want to feel like they did losing to Baltimore at home in the first round last year.

All the pressure is on the Chiefs in this game. Are they really a good team? Are they overachieving? They have the same question marks the Colts had to face last postseason. It is hard to beat any team twice, and Jamaal Charles is on a tear right now. If they can create turnovers on defense and play they way they played in the first nine games, they could advance to play Denver for the third time.

Is the UFC in Trouble? 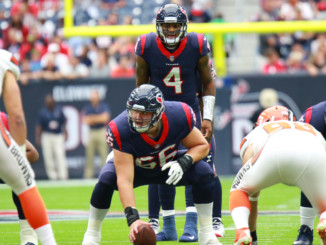