With so much history that lies within the friendly confines better known as Hogan’s Alley it stands to reason a golfer with multiple experience should be heavily favored to win at the Colonial Golf Course in the heart of Ft. Worth, Texas.

That golfer for me was Zach Johnson. Having won it in 2010 and again in 2012 over Jason Dufner, Zach’s style of play on the fairways gave me reason enough to believe that you never argue with experience.

Matt Kuchar, John Rollins, and Scott Stallings all had the same hope as all were close enough to lay claim to the 1st place spot and a shot at 1.1 million dollars and an exemption to the U.S. Open.

Maybe there was a destiny awaiting Boo Weekley. After all, go back to 2007 and 2008 where the RGB Heritage Classic was won in consecutive years by Mr. Weekley. Part of that prize was winning a colorful plaid jacket.

Sunday as the action took Boo Weekley to the 13th hole of the Colonial there was finally an acknowledgment, a look at the leaderboard. Boo saw exactly where he stood in the tournament.

On the Par 3 13th Weekly began to hear the boos…for his name and not to denigrate.

“That’s when I realized, `Wow, here I go.’ I need to do something, either hold on to it or try to make a couple of more birdies,” Weekley said. “I knew I was hitting the ball too well just to hold on.”

Moments after a 22 foot birdie was made by Boo Weekley that put him at -14. The crowd got more boisterous in Boo’s favor and a plaid jacket awaited Weekley.

The final five holes were also par for Boo Weekley to hold off a furious finish by Matt Kuchar to win the 2013 Colonial by one stroke (266) over the rest of the field. Had Zach Johnson done the unthinkable and won he would have joined Ben Hogan as being one of the few golfers to have won the Colonial more than two times.

“I played well, that’s all you can do and whoever wins, tip of the cap,” Johnson said.

The round of the day belonged to Ft. Worth native and TCU alum Franklin Corpening. His 62 for the day and -8 for the week earned him a revisit to Ft. Worth in 2014.

Matt Kuchar certainly had his chances to even up and take the lead. A steady afternoon of making pars until closing out #18 with a birdie. Second place was all his.

“It’s a bummer for me. This is a tournament, and this is a golf course, that I love,” said Kuchar, a five-time PGA Tour winner. “It’s difficult at the moment coming just one shot short but you can’t control what other guys do.”

Scott Stallings had a chance at the plaid after shooting a 29 on the front nine of the fourth round of play. Stallings undoing occurred on the 15th when a double bogey played into the fray.

“It was kind of a make-it, break-it point,” Stallings said. “You’ve got to get up and down, especially with the guys with a lot of holes left.”

What was most impressive about the play of Weekley was how stoic his second shots were. There were at least three birdie opportunities that could have been had. Boo missed by inches for an even greater margin of victory.

So how did it feel to don the plaid again for Boo Weekley?

“It feels good to actually have butterflies again, knowing that I’m in this, an opportunity to maybe win,” Weekley said. “I might have shot 80 today. But I didn’t. It was my time to win.”

Lost in all of this was another Top Ten finish for 19 year old Jordan Spieth. The best for him is yet to come.

Great crowds, great golf, great play, and to boo was more than okay. Here’s kudos from Weekly to Weekley…from the Blitz to the Boo…

Awful Week for the Texas Rangers 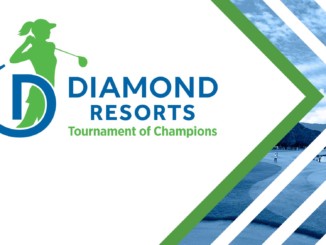