Allow me to take a moment to smile and gloat just a tad. Last week I told you that I fervently believe the San Diego Chargers are for real with nothing to lose and now possessing a five game win streak which includes a victory in Denver last month.

The fact that Marvin Lewis has yet to win a playoff game was enough to convince me that if the Chargers were able to keep the action between the 20s and created a few turnovers-in this case courtesy of two Andy Daulton picks-San Diego would have no problems in defeating the Bengals on the road. And they did 27-10!

I was serious when stating that I believe this team could take a ride all the way to East Rutherford. This is a team that Mike McCoy believes plays with confidence. Hence a streak and some added fodder from the field general.

“I think that’s why we’ve won five in a row – because we’ve played team ball,” said Philip Rivers. “Offensively, we’ve put together some 85-yard drives and we’ve capitalized after our D got turnovers. So offensively we have played well, but defensively, they’ve been awesome. The consecutive three-and-outs, they’re creating turnovers, the short fields – we’ve complemented each other well. The times we lost earlier in the year it was they were getting stops and we weren’t doing anything with them. Or we were rolling good, but they couldn’t get off the field. So we’re playing complementary ball.”

One complementary game within the streak was a game played on a Thursday night December 12th. A night where the Chargers held the ball for over 38 minutes while Rivers threw 12 completions in 20 attempts for two touchdowns and Ryan Matthews wore down a beaten down Broncos defense 29 times for 127 en route to a 27-20 victory.

Peyton Manning went to the air 41 times for 27 completions and 289 yards with two scores and an interception. Denver’s running game was non-existent with Knowshon Moreno running for only 19 yards on 8 carries. No Bronco receiver had more than 59 yards in receptions on this night for the Orange Crush.

The scenario for this matchup reminds me quite a bit of my Minnesota Vikings in the strike year of 1987. Only 8-7 going into the playoffs they gather steam on the road in defeating the 12-3 Saints on the road and doing the same by the Bay area in upsetting the heavily favored 49ers 36-24 before falling to Washington one week later.

Last week’s theory I went with was the possibility that the Bengals would take San Diego lightly after defeating the defending Super Bowl champions. This week I run with the theory that weather will not be a factor in Denver this weekend as the mercury flirts with 50 and maybe higher.

Philip Rivers will devise a plan to mix a staunch running game with Danny Woodhead and Ryan Matthews that will cut into the gut of the Broncos secondary. Then in short yardage scenarios I envision Eddie Royal, Keenan Allen, Danny Woodhead, and Antonio Gates creating mismatches and chaos doing the three stack left or right. Rivers with protection will be like a surgeon about to cut a knife into the back of the Orange Crush’s proverbial throat.

Peyton Manning will be forced to play catchup which will lead to a couple of ill-advised pickoffs. For some reason I expect San Diego to really fluster the Broncos secondary on special teams. Better yet, let’s just say that this game will eerily resemble what Cowboys fans endured back on October 6th when losing by a field goal 51-48 despite great numbers for Tony Romo.

Again if I am wrong I will gladly eat crow. I am all in with the Chargers now. They prevail by a score of 33-30 in the Mile High City and Peyton Manning endures another playoff year of heartache. 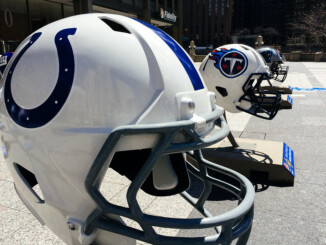