When Carlos Condit last fought he lost his last two fights. First against Robbie Lawler for the welterweight championship via split decision (48-47, 48-47, 47-48). The second against Demian Maia via submission (rear-naked choke) at 1:52 in round one.

After the second, Condit sought decisions to walk away from the UFC. He didn’t feel the confidence he once had and might not ever be the fighter he used to be. It appeared so as the welterweight division continued to grow and Condit was nowhere to be found.

That was until earlier in the fall time when Condit announced his decision to return to the octagon. Now that he will be getting to fight before the year comes to a close we wonder if this fight will be the fight to send him on the road to a comeback.

We are aware he comes to fights armed with boxing, kickboxing, jiu-jitsu, and wrestling leading him to 30-10. He holds 15 wins via knockout, 13 via submission and two via decision explaining how dangerous he is in standup and ground fights.

Moving forward, Neil Magny we know contains weapons of striking, jiu-jitsu and wrestling leading him to 19-6. He holds six wins via knockout, three via submission and 10 via decision revealing his ability to stand and grapple.

The numbers are a big difference with Condit having 11 more wins than Magny. That does not necessarily mean he will walk through Magny. Based on Magny’s record his cardio and pace seem to be just enough to challenge Condit. If Condit looks to find a quick finish it might cost him greatly as it did against Demian Maia. That is also something to remember as Magny knows a plenty of jiu-jitsu and wrestling to grappling with Condit. If Condit does not at set up a proper takedown then this fight could end similar to the Maia fight.

But let’s not forget the striking power Condit possesses. His power is by far more aggressive and faster than anything Magny has ever faced before in his career. Yeah, Magny did face the power of Rafael dos Anjos and learned quick how dangerous he was. Condit on the other hand shows pure rage when going off on his opponents. If Magny gets caught up in Condit’s power and speed it would be all over for him.

All in all, if the Condit that UFC fans know arrives and is focused at UFC 219 he certainly will be on to a comeback. Though, if the confidence he once had is not there Magny will receive a big win. 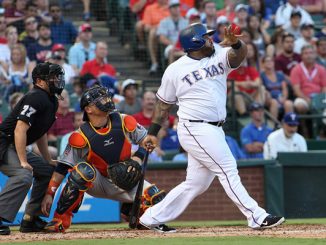 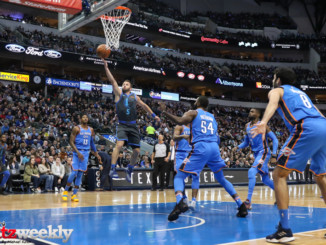