In winning the prestigious Northern Trust Open for the second time in three years, Bubba Watson had to rally from two down with four holes to play to top 2014 Colonial champion Adam Scott and Jason Kokrak by one shot.

The tournament that is contested on the famed Riviera Country Club had the atmosphere of a major championship as at one time during the final round, there was a four-way tie for first place between Rory McIlroy, Scott, Watson and Dustin Johnson. McIlroy was playing at Riviera for the first time, Johnson had finished runner-up the past two years and Scott and Watson were both past champions.

“The highlight is definitely winning,” Watson said. “When you come to Hollywood, there’s a lot of things you can do. It’s fun. And winning is the cake.”

McIlroy tied for the lead with an eagle on the par-5 opening hole, but his round came crashing down with seven bogeys en route to a 75 and a tie for 20th.

“I turned a chance to win into a top 20 at the end of the day, so that wasn’t too good,” McIlroy said.

Playing alongside McIlroy to huge galleries, Scott had a two shot lead after opening with an eagle and three birdies, but a double bogey at No. 8 brought him back to the field. He would birdie No. 17 and chip in for a birdie at No. 18 to out some pressure on Watson, but the two-time Masters champ two-putted from 40 feet on the final hole to win by one stroke.

“A guy like Bubba, he’s very tough to beat,” Scott said. “He’s proving tough to beat from that position. He’s wearing the course out on the toughest day.”

NOTES
— Tiger Woods’ agent Mark Steinberg denied a couple of social media posts that led to stories suggesting the golfer has had a setback in his rehabilitation from his latest back surgery. Read about it on espn.com

— Bubba Watson’s win at Riviera moved him up to No. 4 in the rankings. See the Official World Golf Rankings here.

— PGA Tour pros pay homage to the 20-year anniversary of Happy Gilmore. Read about it here.

— Jamie Donaldson’s T-54 finish at Riviera moved him up one spot from No. 51 to No. 50, supplanting Colonial champion Chris Kirk. Donaldson is now exempt for next month’s WGC-Cadillac Championship and Kirk is out of the big event at Doral. Read about it at golfchannel.com. 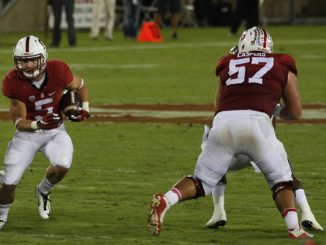 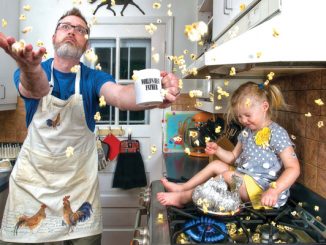