Light Heavyweight Champion and former number one pound-for-pound fighter in the world Jon “Bones” Jones showed the world, even after a year layoff from the competition from a drug doping violation just days before his scheduled rematch against Daniel Cormier at UFC 200 that he is still the best in the world at what he does. Jones not only defeated Cormier a second time but finished him with a kick to the head followed by punches at 3:01 in Round 3 at UFC 214.

After the fight, Jones showed great respect towards Cormier on how Cormier made him into a better person/fighter. However before Jones left the Octagon to celebrate his reclaimed title, he would call out former heavyweight champion Brock Lesnar after rumors rose of the two of them possibly facing off in a super fight.

That would probably be a great fight to watch, but current number two ranked light heavyweight contender Alexander Gustafsson had some words to say of his own via Twitter:

@JonnyBones congrats Champ. Stop asking for retired fighters, I’ve been waiting to put my hands on you and so have all the fans

Yes, the man who pushed Jones to the ultimate limit in their meeting at UFC 165 four years ago is now wanting his second shot at the king and he looks to be the one who Jones will defend his title against next. Will Gustafsson be Jones’ next opponent or will Dana White and the UFC manage to bring Brock Lesnar out of retirement for the chance to make one of the biggest super fights finally happen?

Both would be great to watch, but for who would give Jones his biggest challenge with the chance of being a big seller in both tickets and buy rates we must look closer at what each fighter would bring against him.

Looking at Lesnar we know he has great wrestling and ground-and-pound game mixed with his brute strength that is indeed a deadly combination that lead him to become the champion with very little MMA experience and could prove to be a dangerous challenge for Jones to face.

Little MMA experience and only brute strength is not enough to be able to compete in this sport or stand toe-to-toe with a fighter like Jon Jones. This fight might not be as great as it appears, but only to be seen as a money fight.

Then there is Gustafsson who came so close to defeating Jones in their epic war the UFC has ever seen that won ‘Fight of the Year’ and was labeled as the “greatest light heavyweight fight of all time.” With Gustafsson’s boxing, jiu-jitsu, and wrestling combination have helped him rise to the top and always get back on track even after a loss, he is a fighter that never quits and knows that losing is just a part of the competition.

Now, since that fight was four years ago a lot has happened since then and Jones has grown into a much better fighter that could probably take Gustafsson a part, for once Jones has fought his opponents and figures them out, he looks to make much faster work of them than before. But Gustafsson is a different fighter as well and after his dominating performance over Glover Teixeira, which ended via knockout in Round 5, he has shown the world he is ready for another crack at the belt with the hopes of becoming the first Swedish champion and giving Europe another champion. Who knows, maybe this fight will turn out more epic than their first and possibly turn out with a different outcome.

There is just so much hype in both of these possible match ups and if either one were to take place why not have the fight headline UFC 217 in New York City on November 4. Jones is from the state of New York so it would be crazy for the UFC not to have him headline a card there. 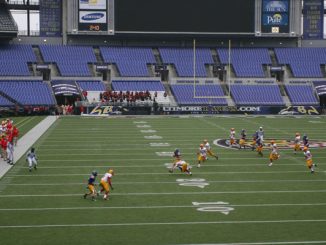 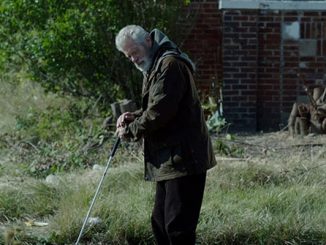