Halloween is over and the weather is getting cooler, but the orange, yellows and green leaves are still scattered across the trees. Fall is definitely here, and although our favorite childhood holiday is over this edition of the Blitz Weekender offers so many entertaining and cool events to keep you and your friends having a good time as the weather starts to change.

Thursday November 7th
John Legend: His smooth voice will be making its way to the Verizon Theatre at Grand Prairie. He’s been around for a while and won numerous Grammy’s, and he’s still writing and singing songs that so many people love. The Made To Love Tour is traveling around the nation and at 8 p.m. Thursday night he’ll be making a stop in our backyard. Opening for him is Tamar Braxton, a young singer/song writer and the youngest sister to Toni Braxton. So get those tickets for a soulful night of amazing music. www.johnlegend.com

Carry the Torch 5K: Many say John F. Kennedy left this earth way too early, but you can be one of many who comes out this Thursday night to celebrate and commemorate this historic name. There will be a memorial 5K run/walk starting at 7:30 p.m. and runners have the ability to carry a LED torch to symbolize “how one person in a community can light the darkness through an individual act of service.” All proceeds benefit Special Olympics Texas and the post-race celebration will consist of sandwiches and a great selection at the beer garden. www.jfkday.com

Friday November 8th
Lone Star Film Festival: Going on seven years now, the Lone Star Film Festival will be happening all weekend up until Sunday afternoon. Sundance Square will be where all the action is unfolding that seeks to showcase new films and talents up on the big screen. Some of the larger and well known acts in the lineup include NEKRASKA and Tim’s Vermeer, so grab your tickets and head on over to get front row seats. www.lonestarfilmfestival.com

The Glow Run 5K: This is a fun and beneficial event at AT&T Stadium home of the Dallas Cowboys. This great event is one of a kind and provides an entertaining and colorful atmosphere all night. No matter if you sprint or walk the course, you will enjoy the glowing course filled with plenty of black light zones and a glowing finish line chute and arch and plenty of glowing runners. Plus there will be music at many spots throughout the course plus an on-course DJ to keep you motivated the entire time, so let’s get your run on. www.glowrun5k.com

Saturday November 9th
UTEP vs UNT: The UNT Eagles want nothing more than to keep their winning streak alive. UNT is coming off of four consecutive wins and are now bowl eligible, and that hasn’t happened since 2004 for the Mean Green Nation. The Eagles and the Miners will kick off at 2:30 p.m. on Saturday at Apogee Stadium. UTEP hasn’t faired so well this season so far and are 1-7, but UNT won’t under estimate their opponents as they look for their fifth consecutive win. www.meangreensports.com

Chicago Blackhawks vs Dallas Stars: The Dallas Stars have had a few games away now, but it’s time for them to get back on their own ice and take the victory. This will be the first time the two teams are meeting and both want to get that win. The Blackhawks are sitting 2nd in the Central Division while the Stars sit behind them in 6th. So the Stars will have to fight hard against Chicago, but with the help of their fans they might be able to do it. www.stars.nhl.com

Texas Brewvolution: This Saturday, the Fair Park Centennial Building is the place to be for any of those who love trying and exploring new or different brews. This is the best place to experiment with different Texas brews and you might even find a new favorite even. More than 25 Texas-based breweries are expected to participate plus more world-class brewers will be making an appearance. And of course there will be plenty of food vendors to combine your delicious beers with and great music throughout the day, so you better be there.  www.texasbrewvolution.com

Eli Young Band House Party: They are coming back to where it all started and you’d be silly not to be there for the great show. The Eli Young Band is throwing the greatest House Party you will ever go to and you better believe there will be celebrities involved! Easton Corbin, Thompson Square,  Josh Abbott Band and of course the headliners will all be there rocking out at the Ranger Ballpark in Arlington. So you better be there dancing and singing along to some great country musicians and a fabulous time. www.texas.rangers.mlb.com

Sunday November 10th
Drake: Taking the stage at 7:30 p.m. in the American Airlines Center this Sunday is the well known and highly liked Drake. Despite being unsigned last year, Drake had some major exposure when his track “Replacement Girl” was featured and he has been supported by famous rappers like Kanye West, Jay-Z and so many more. And now this Toronto native is heading your way for a great night of rap and hip hop. And opening for Drake is new comer Miguel. Although he took a tumble at the Billboard Awards, Miguel is back on his feet and ready to rock the stage with Drake. YOLO! www.drakeofficial.com

Spirit Fest: There is even more music at Texas Ranger Ballpark this weekend, so you should just camp out there. The Spirit Fest will be heading out to Arlington to showcase some great bands like Third Day, Switchfoot, Peter Furler, Israel and so many more. At noon you can enter the gates for a great day of awesome music, so get your tickets Friday because you won’t want to miss it! www.mlb.mlb.com

To have your event considered for the Blitz Weekender send your email to: blitzweekender@blitzweekly.com 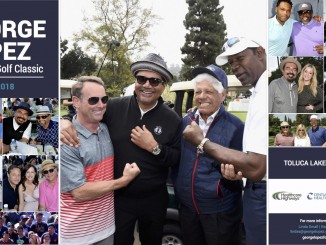 Bummers In The Summers