How the Bengals Got Here
Cincinnati got off to a great start, reeling off three straight wins to start their 2014 campaign. This led to some talk by media and fans about them possibly being in the mix in the AFC and contending to be one of the better teams of the conference.

That faded quickly as they went into a mid-season slump as they lost to both New England and Indianapolis badly and sandwiched those around a tie against Carolina at home. The conversation quickly shifted from Cincinnati being a contender to could they rally and even make it to the postseason.

To their credit, they did emerge out of it due in large part through fixing their running back situation by elevating Jeremy Hill over Giovani Bernard. This was the spark that the offense needed as Hill finished with 1,124 yards in the regular season, an eye popping amount for such a young player.

Andy Dalton was a big benefactor of the increased production in the run game as he did not have to carry the entire offensive load by himself. It did help also to have offensive weapons such as A.J. Green, Jermaine Gresham and Mohamed Sanu to rely on and use to help move the chains and score at a high clip.

The defense had its highs and lows during the season which has put more pressure on the offense to come through and bail them out for its average play at times. Their lack of sacks is very alarming for a defensive line which was among the top 10 in sacks each of the past three seasons.

How the Colts Got Here
The Colts had a very solid season as they wrapped up another AFC South division title to add to their tote. The offense led by Andrew Luck was a very explosive and  productive offense all season long.

It was one that stretched out opponent’s defenses with the ability for Luck to make every sort of pass you could think of. Luck took his level of performance to a new level this season as he had 40 touchdown passes to go along with career highs in yards, completion percentage and yards per pass.

The third year quarterback has already put up impressive numbers so far in his NFL career and this season only signaled that he is still getting refined at his craft which is a scary thought for the rest of the league. Having weapons such as T.Y Hilton who rolled up 1,345 yards and caught seven touchdowns and Coby Fleener who accounted for a team high eight touchdown catches, are nice targets for Luck to have in his back pocket to use at anytime.

The defense, much like Cincinnati’s, was not consistent enough through the regular season as they had their bright moments but also had low moments including getting torn to pieces against the Steelers and the Cowboys.

Prediction
Andrew Luck playing at home is an awfully tough combo to defeat and I think that will continue with this game. The Bengals defense has wilted in recent weeks and Luck will be able to take advantage of that and be able to execute at a very high level with not having to deal with a lot of effective pressure from the Bengals defensive line. The Colts run game has left a lot to be desired but if they are able to get anything out of that part of their offense, this could become an even longer day for the Bengals. I predict the Colts beat the Bengals 35-14. 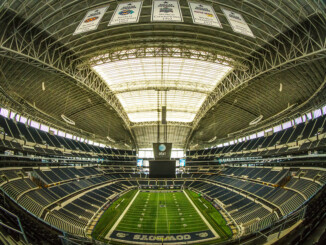