Fan Appreciation Day attracted a crowd of 31,466 for the final home game at Minute Maid Park.

A stretch of 31 games in which 27 of them were against teams with playoff or wild card aspirations.

Unlike a year ago, 2014 would not end with a 15 game skid or an extra inning defeat. Like water flowing down the mountain we were treated once again to an inkling of what the future holds.

The Astros took two of three games from the Seattle Mariners. Also an improved team in 2014.

A solid outing by Colln McHugh and a 14 hit barrage helped to carry Houston to an easy 8-3 victory over the Mariners.

The last two home games of the regular season Houston outscored the M’s by an 18-4 count. Five homers were crushed on Saturday in the 10-1 victory.

“Up and down the lineup, the at-bats are really good and you’re going to score some runs. It’s a good feeling in that dugout to beat them two out of three.”

Jake Marisnick hit a three run homer in the 7th inning to pad a 4-3 lead for Houston. McHugh pitched a solid six innings to earn his 11th win of the season. Jose Altuve continued to do his thing at the plate with a 2 for 4 day.

Altuve was pulled before the 9th to give the fans in attendance a chance to acknowledge just show special a season he had, and just how special a player he is.

“We talked about it in the dugout, that it would be a nice tribute to him the way he’s played here all year long,” said Lawless. “The magical year that he’s had. We decided to let the fans just appreciate him a little. That’s why we took him out of the game.

“He’s the catalyst of the ballclub. When he gets on, things happen. He has 220 hits. That’s unheard of, for him to do it and continue to do it just about every game.”

With those two hits Jose Altuve sits at 220 for the season. The most hits by a second sacker in a season since Charlie Gehringer knocked out 227 way back in 1936. With six games left to go in 2014 with three games in Arlington and three at CitiField in New York with the Mets, Altuve has a chance to add to his numbers.

As stated prior, his batting average leads the American League at .345. His 68 multiple hit games are the most we have been privy to since 2001 when Ichiro Suzuki burst onto the MLB scene. With 54 stolen bases also leading the American League Jose Altuve has a chance to the be first Astros player in history to win a batting title and first since Ichiro to lead in those three categories in one season.

“I think we’re going to come back next year and do what we’ve been doing lately,” said Altuve. “And if we play that way, we’re going to be in the payoffs.”

Can it be said that #27 was the spark-plug, the leader, the catalyst for this markedly improved 2014 team?

Saturday night was a rare one in which the roof was open. Dallas Keuchel came out and fired for eight innings in a 10-1 victory to improve to 12-9 while Alex Presley and Chris Carter went deep on Chris Young in a four run first.

Jake Marisnick cranked out the 5th dinger of the evening.

“We came prepared to win and we did it,” said Corporan. “Dallas was outstanding, we hit, we played defense. We pitched. We did everything right.

The homer barrage erased a one homer in 13 game drought for the team.

Also on Saturday Jose Altuve encountered a distinction of a different sort, when his RBI single scored Gregorio Petit it was his 217th hit of the season. Most hits ever by a Venezuelan ballplayer since Magglio Ordonez had 216 back in 2007.

If Houston can win four of their final seven games of 2014 it will mark a 22 game improvement over the previous season. That would be their greatest turnaround in franchise history. One better than what transpired from 2000 to 2001 (72-90 to 93-69).

With an 18 game improvement over 2013 that is also second best in the American League behind the 22 the Angels improved by. Third on that list is the Mariners with 16. The AL West is going to be quite the division for pitching and power.

Power Pitching
Since August 30th the starting pitching of the Houston Astros has a combined ERA of 2.08 in 20 games played with 15 quality starts and a 12-8 record in those games. Better than the two Beltway teams that just clinched playoff spots in the A.L and N.L. East.

The True Collin Card
As he improved to 11-9 in what was his 25th start of the season, Collin McHugh now has a winning streak of seven consecutive games, an ERA at under 2. He had also allowed two runs or less in nine straight starts prior to today. A streak of that kind seen in Houston only three other times (Larry Dierker 1969 11games, Nolan Ryan 1982 9 games and Mike Scott 1986 14 games).

Merry Chris Miss
Chris Carter has an outside shot at 90-95 RBIs for the 2014 season as he entered action Monday with 37 home runs and 87 RBIs. No one has came close to matching numbers with Carter since July 1st for Home Runs (24) or Slugging Percentage (.601). His 57 RBI’s during this time frame places him second.

As for balance of run production Jose Altuve, Jason Castro, and Matt Dominguez each contributed 55, 54, and 54 ribbies respectively.

Jose Can You See?
To give you a better idea of how special 2014 has been for the Houston second baseman consider this:

220 hits through 156 games. That breaks down to 43 games of at least two hits. 19 games of three hits and five games of at least 4 hits. That 163 of his 220 hits which is to say that aside from 68 multiple hit games there were another 57 games with at least 1 hit. If the math is correct then much like Michael Young in 2005 who was a tough man to keep off the bases Jose Altuve has gotten on base in 125 of 155 games.

My vote for MVP. He does it all. Can we see a commercial with him and JJ Watt where the question asked is, ‘What CAN’T These guys do?’

One final breakdown of the Astros season of improvement next week. One where they escaped the cellar after July 9th and stayed out. 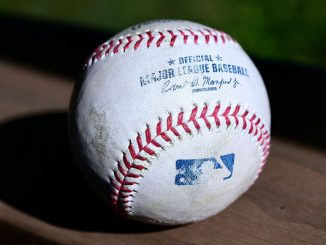 In my Opinion: 2015 American and National League Manager of the Year candidates

Lurking Inside The Cowboys Locker…