The NFL Playoffs kick off with two teams that on the opposite ends of the spectrum as far as performance is concerned, regardless of their win-loss record.

The Arizona Cardinals feature one of the better scoring prevention defenses in the NFL, allowing just 18.7 point per game, but that’s largely thanks to their ability to shut teams down on second and third down. Though this Cardinals defense doesn’t pressure the quarterback much at all, with just 28 sacks on the year, they make up for it in their secondary with the third most passes defended at 94.

The Carolina Panthers became the first team to win consecutive NFC South Division Titles, but they were dead in the water just one month ago when their record stood at 3-8-1.

Cam Newton and company lost six games in a row at one point before rattling off four straight victories against New Orleans, Tampa Bay, Cleveland and the Atlanta Falcons to win what’s shaped up to be the sorriest division in football this year.

Don’t let the record fool you, this Panthers team is on fire and Newton is playing much like his old self. Even after fracturing two vertebrae in his back in a car accident, Newton has been phenomenal in December. The quarterback has completed 61.3 percent of his passes, thrown five touchdowns to just one interception and has a 96.9 quarterback rating.

Efficiency – Trying to find something positive to say about Cardinals starting quarterback Ryan Lindley is no small task. Lindley has been one of the least efficient passers in the league and though it’s a very small sample size, 93 pass attempts over three games, he has looked lost in the pocket at times and is rattled easily when under pressure. At least he said the upcoming big game isn’t making him nervous.

Undefeated – The Panthers are undefeated since December and are not to be taken lightly by the Cardinals. The offense averaged 28 points per game and the defense allowed an average of 11 during their miracle run.

310 – The Cardinals offense averaged 19.4 points per game during the regular season, the lowest among all playoff teams, and do not have a 1,000 rusher or receiver. The team’s 81.8 rushing yards per game average is the second lowest in the NFL, only the Oakland Raiders did worse in that department, and their 319.8 average total offensive yards per game puts them in the bottom rung of NFL teams as well. 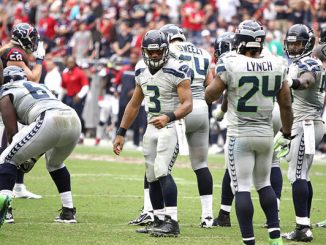