So with the NBA Draft just over a month away, prospects’ stock typically rises and falls even until the day of the draft itself. Even though this is the case, with a draft that shows no real potential superstars, here is a look at the top four prospects that, in my opinion, have the highest ceiling.

1. Ben McLemore, Shooting Guard, Kansas
McLemore really raised his draft stock this season at Kansas as he was 3rd in the Big 12 in scoring (15.9), shot 49.5% from the field and 42.0% from the 3 point line. The freshman really impressed with his ability to get in the lane and create shots for himself. Of all the prospects in the 2013 NBA Draft, he is, by far the one most ready to make an immediate contribution a NBA team. He has good size and is very athletic. The smoothness of his jump shot is definitely what sets him apart. If I had to bet money on which player would become an All-Star in this class, this guy would get my vote. He has that level of potential. And the 20-year old will only get better as his game matures.

2.  Anthony Bennett, Small Forward/Power Forward, UNLV
At 6’8 Bennett possesses the rare scoring ability and ball handling skills to be able to score inside and out in a multitude of ways. He can score inside with his consistent face up jumper, quickness, and ability to get to the rim against opponents his same size. He can also stretch the defense with his 38% 3-point shooting. While he only spent one year in UNLV, the freshman still averaged 16.1 points and 8.1 rebounds a game showing that he can adapt to a new level of competition quickly. If Bennett can find a way to avoid the “tweener” label that 6’8 players sometimes receive then he could potentially have the highest upside in this draft.

3. C.J. McCollum, Shooting Guard, Lehigh
McCollum in my opinion, is the top shooting guard in the draft. While the level of competition at Lehigh may be questionable, numbers do not lie. McCollum averaged 24 points a game on 49% shooting from the floor in his senior season. I specify senior season because of the top 5 prospects he is the one that has spent the most time in school refining his craft and skill. At 6’3 with a wingspan of 6’6, the combo guard can score showed an array of scoring ability by getting to the rim off the dribble, pulling up for mid-range jumpers and shooting the three, which he shot at an incredible clip of 51.6% his last year. With his current NBA level I.Q. and a willingness to commit more to the defensive end, in a matter of just a few years, this guy could become one of the best 2 guards in the NBA.

4. Michael Carters-Williams, Point Guard, Syracuse
Williams at 6’6 is a throwback to tall point guard Anfernee “Penny” Hardaway of the 90’s. And like Penny, having height at the point guard position has its advantages. But what is great about this guy is not only will he be able to see over the top of would be defenders, but his ability to outsmart his opponent by way of his I.Q. are two traits that he learned to use during his sophomore season at Syracuse. He showed major improvement and growth from his freshman to his sophomore season, increasing his points, rebounds, assists, and steals numbers significantly. With his length and quickness, he gives opposing point guards fits at the defensive end of the court. His size also allows for him to guard multiple positions, including the 1, 2 and in some cases the 3.

Getting a Second Wind 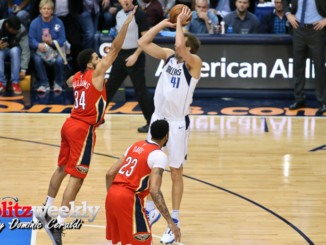 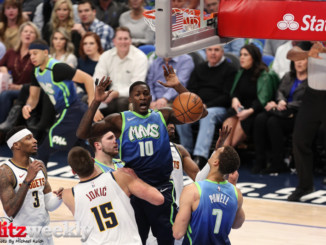