Oh Don Draper; much like a college senior coming back from spring break, you must realize that your end is near. The sun is setting on your playboy ways and drunken revelries. But in the words of Roger Sterling, “When God closes a door, he opens a dress.”

While I can’t help be sad about the impending series finale of one of my most loved dramas, I can still enjoy these last few weeks of hypotheses and “what ifs?” There’s about a million ways Matthew Weiner could end the series, considering the main characters’ habits of erratic and strange behavior (Don ditching everyone to live in Cali for a while, Sterling dropping acid, THE NIPPLE INCIDENT?!) So from a fan to the fans, here’s just a few of the ways Mad Men could end:

1. Don rediscovers his love of copy. Back in earlier seasons, he was known as the star of the advertising world for his ability to pitch powerful and deep campaigns to superficial businessmen with grace and ease. He could come up with ideas that would leave clients speechless, but that Don hasn’t been around since he made partner. Now that he’s been taken down a few notches, it would be nice if Don realizes that’s where he’s happiest. Jump forward to the 80s or 90s, and he’s an old man, working in the same building (new agency, of course) just typing away, coming up with taglines.

2. Peggy takes over. I think, and a lot of fans agree with me, that Peggy is the true hero of Mad Men to Don’s anti-hero. Episode 1 took place on her first day, so how awesome would it be to see her become a partner on the last episode? Don passes the torch, and she rocks it.

3. Sterling dies. The writers already have dispensed of the P and C of SC&J, so why not give Sterling a musical goodbye number? It could start with an acid trip, and while he thinks he’s on top of a Technicolor mountain, he’s really on top of the Empire State Building. With the loss of one of the main partners, the staff starts to believe the agency is cursed and all abandon ship to other agencies.

4. Don goes back to being Dick. It would be nice to see Don finally own up to all of his mistakes, to stop running from his past, and finally admit to the world who he really is. He can then retire to a nice place on a beach somewhere, free to live as Dick Whitman.

5. Hippie Don. Don goes with Sterling to visit his daughter at the hippie commune, decide they like it and stay forever.

6. They pull a That 70s Show. The show ends with the clock counting down on Dec. 31, 1969. Right before midnight, Eric comes back from Afri… oh wait, wrong show.

7. Salvatore Romano comes back. If they can bring back Freddie Rumsen, they can bring back Sal! My favorite from the earlier seasons, Sal had a pretty cold exit when he was fired, so it would just be delicious karma for him to come back to SC&J as a confident, successful competitor to buy the place. He’s here, he’s queer, and he’ll have his secretary see you out!

8. T’was all a fever dream. The finale builds to Pete Campbell taking over SC&P and getting a trophy wife, but it turns out the last few seasons of Don spiraling out of control and Judy leaving him was just his wishful subconscious. He wakes up in his office, in 1965, to Don throwing a new account at him.

9. Zombies? Turns out Bert Cooper didn’t die of a heart attack, but instead he was the first case of the zombie disease. He goes back to the office and bites everyone. AMC reveals that Mad Men actually was a prequel for The Walking Dead this entire time. 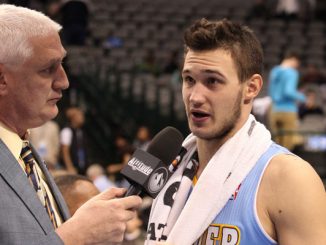 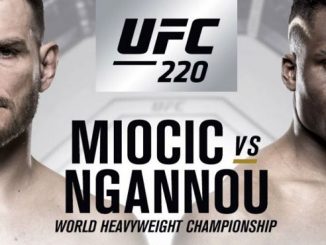