Back in May, I met Juma Spears while doing a podcast from Eagle Audio during the recording of Frequencies Volume 9, Fort Worth Weekly’s yearly awards show cd. The next day he sent me a message and told me about a crazy idea he had to do a multi-genre show. Juma wanted to put together a line up where people who would normally go to one of his hip-hop shows would hear metal, and someone that would go see a Fort Worth rock band would hear something kind of quirky. He asked if I could help make this happen and so we set to work.

The results of that labor of love came together Saturday night at Main at South Side. We had a lot of first happening on Saturday. Garage Barrage had their first live show, Juma performed for the first time with a DJ that used vinyl instead of digital beats, Henry the Archer had a new fall line of merch, and The Me-Thinks didn’t completely smoke out the place (this is only a possible first, that may have happened before).

For those of you not familiar with Garage Barrage, they are a group of dad’s that get together on Friday nights to play music meant only to be heard by them. Fortunately, they put their music out on Bandcamp and Jeffrey Lord (of The Funkytown Podcast) found them. Their music is quirky, weird, funny and completely amazing! Made up of group members Ian (guitar/vocals), Jon on bass/vocals, and Ranger on drums, they brought in Ian’s sister, Megan to do keys for their live show and moving forward.  Totally good call bringing her in…she was a blast to watch, the energy she gave off was infectious. I had so many favorite songs during the set. Mr. Wolfy, Battlefield, they even sang Happy Birthday to Joe Tacke in the MOST amazing way! Ranger asked us all which our favorite songs were from the set and we each had a different one, and that seemed to please him.

Their set was amazing and awesome and all of the things that you hope for when these dudes, that have become your friends, are playing their first ever live set. People were up, they were dancing, there was a wolf mask. It was just SO much fun! If nothing else, check out their music on Bandcamp and go to their next show at The Tin Panther on September 28th. You will not regret it. I promise.

Next up was Juma Spears. I’ll be honest, I didn’t totally know what to expect. I’ve heard him on some podcasts and heard only good things about him from people he has collaborated with. His beats are dope and lyrics are stunning. Juma is a millennial who spits his rhymes against electronic beats so when he told me that Jim Vallee would be his DJ for the night I was like…what?! My first thought was, that is SO rad! My second was, Jim spins vinyl! What is Juma going to do?! Well, the duo did NOT disappoint. They got together and took us on a trip down hip-hop/rap’s memory lane, putting Juma’s lyrics to songs from each decade. Starting with A Song About Cars (to the beat of Fantastic Voyage) and ending with. Flashback (to the beat of Black and Yellow). Juma is a natural entertainer. His banter with the audience (and Moody, in particular) was a lot of fun. He even remembered things he learned about folks in the crowd pre-show and incorporated them into his sett. I looked around during one of the songs and nearly everyone was grooving along in one way or another, from the subtle head bob to those that were full on dancing. At the end of his set, Juma implored the crowd to follow him on Instagram @jspearsdub, so I’m gonna do that, too. Please follow him on the gram.

Of course, the natural progression from Garage Barrage to Juma would be followed by Henry the Archer, easily my favorite band in Fort Worth right now. Fronted by Richard Hennessy with Charles Marchbanks on bass and my bestie, Kevin Geist on drums, HTA’s live performances just keep getting better and better. They’ve incorporated Tom Urquhart on trombone into the set and he fills in the sound perfectly. They played all the usual hits, with my favorite Pillow People – a song Richard wrote for his daughters – mid-set. Their closing song, Pain, is a serious show stopper! I’m still trying to figure out just what Richard is singing during the chorus, though.

Finishing up the night was Fort Worth/Haltom City’s shittiest band…. The Me-Thinks! After Juma, they were the first band that I knew I wanted to include in this show.  I would like to tell you about their setlist, but they write it in some sort of code that I cannot decipher. Lemme just say they had a LOT of fans there, there was a LOT of fog, and the music was a LOT loud. Oh, and it was a LOT of fun. I cannot think of 4 people I like to watch play together more than Ray, Marlin, Trucker Jon, and Trashpockets. Their fans are die-hard, their music is awesome, and getting to watch them on stage is a real treat!  Like a whole snack!

All in all, it was a kick-ass night spent with great friends and good music. Juma has already asked when we can do it again…. I’m thinking January! 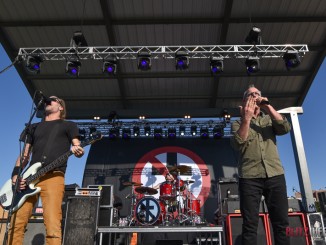 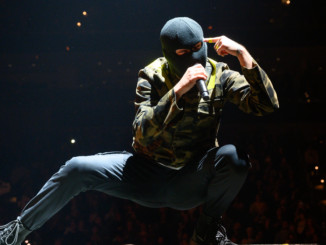 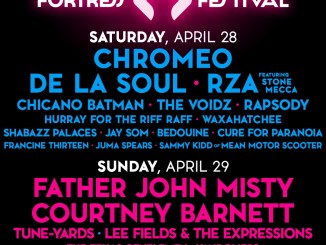