Los Angeles — With Kobe Bryant on the sidelines in street clothes, Dallas Mavericks forward Dirk Nowitzki did to the Lakers what Bryant has done to the Mavericks a few times in his career.

Hit a contested game winning shot that only a future Hall of Famer can make – to get his team a much needed victory, while sending the home town crowd home disappointed for the night. Nowitzki’s game winning shot with 2.1 seconds to play over an outstretched Julius Randle propelled the visiting Mavs to a hard fought 92-90 victory over the Lakers on Tuesday night, ending their two-game losing streak while sending the Lakers to their seventh straight loss.

After Nowitzki hit the high arching jumper and had his momentum carry him into Lakers bench, he got the seal of approval from his future Hall of Fame rival [Bryant] with a nice pat on the back. Nowitzki would return the favor to Bryant with a pat on his own, which indirectly showcased the mutual respect the two legends have always had for one another.

“I heard him talk some noise during the game, so that was fun,” Nowitzki said with a grin. “It was just fun competition down the stretch. … I’m not really a big trash-talker, but once I’m talked to, I’ll have some fun.”

Nowitzki’s big shot allowed the Mavericks to earn their 10th consecutive victory over the Lakers, as he came to life in the fourth quarter by scoring eight of his 13 points.

Bryant’s sore right shoulder prevented him from competing against Nowitzki and the Mavericks one last time. For his career Bryant has scored 1,441 points against the Mavericks and produced a historic game in which he outscored the entire team 62-61 through three quarters.

“He’s our Michael Jordan for my generation,” Nowitzki said of Bryant. “He’s one of the best to ever lace `em up, and it’s been a pleasure and an honor to compete against him basically almost my entire career.”

All was not lost for the Lakers and their fans, as Bryant’s injury indirectly allowed everyone associated with the Lakers to get a glimpse into the future of the team.

Potential future stars Jordan Clarkson, D’Angelo Russell and Randle all had solid games with two of them falling into the limelight down the stretch.

Russell, the No. 2 overall pick in the 2015 draft, scored 12 points with five of his points coming in the fourth quarter on 2-of-5 shooting before being benched. Lakers head coach Byron Scott benched the rookie guard with 2:31 seconds left in the game, due to feeling that Russell was trying to take the game over by forcing up a couple of ill-advised shots.

“I saw the last couple minutes that he was in that he was really trying to take over the game, and that’s not him yet,” Scott said. “I want the ball to move a little bit. I thought it stuck with him. He tried to make the big shots and things like that. I understand that, but to me, that’s not him right now.”

While Russell was in Scott’s doghouse yet again, Clarkson and Randle were attempting to bail the Lakers out.

Clarkson made a nice floater in traffic to tie the game up at 90-90 to finish with a game-high 18 points on 6-of-15 shooting. While Randle would collect his 16th double-double on the season by scoring 16 points and grabbing 11 rebounds.

Unfortunately for Randle, it will be the final shot of the game he remembers the most from this game instead of the double-double. As Randle missed a long three-pointer in his attempt to answer Nowitzki’s heroic shot.

“Some of my shots happened to fall in, but I’d trade every one of those for that last open shot,” Randle said. “I’m extremely upset. It’s tough. We just worked so hard all through that game and tried so hard. I really wish we could have gotten that one.” 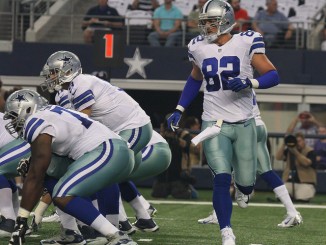 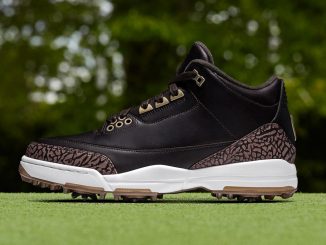