The new season of SMU football, deserves a new, fresher way of recapping the games. Rather than the drooling, boring full recap of a play-by-play, I’m going to highlight three moments in the game that were most crucial to the outcome.

Summary of the North Texas Game
The climate was perfect, a real taste of things to come, and at Gerald J. Ford Stadium, as with any metroplex rivalry game, the stands were packed with supporters of both teams. The first half was a showing of a team who had yet to play a game in 2015 and a team seemingly gripping the reigns too harshly. SMU’s three turnovers in the first half put their team behind the 8-Ball, but the Mustangs’ defense would only surrender field goals in the opening half. The third quarter was a momentum swinging quarter for the Mustangs, adding three points and getting a serious drive going into the fourth, where the Mustangs would completely walk away with the game, scoring the game’s final 21 points and getting the school’s first home victory since November 16, 2013.

#1: First and Goal from the North Texas 3 yard line in the second quarter: I’d never be mistaken for a football purist, but the only problem with a clever coach and an undersized quarterback combination, is there is a tendency to overlook the obvious, straight up the gut punch-it-in play with your offensive line and Prescott Line. Instead, it’s a read-option left with Matt Davis, and before he could cross the goal line with the football, linebacker Blake Bean caused Davis to fumble the ball, and the ball was recovered by linebacker Fred Scott of North Texas for the touchback. No points on a great drive for the Mustangs. The half would later end with SMU holding a one-point lead over UNT, because of a GREAT tackle from linebacker Nick Horton on Antoinne Jimmerson.

#2: Fourth and Goal from the North Texas 5 yard line in the second quarter: All the North Texas defense had to do, was line up and try and block the kick. What can’t happen is a penalty, but as these games usually go, that flag is going to happen, and it did. The SMU offense got the opportunity to punch the ball in from two yards out. TWO yards!!! Four straight runs, zero points scored, and the ball over on downs to the Mean Green. Though a strong defensive hold of UNT on the following possession, which led to solid field possession and a field goal, that seven points would have made the game much less tense.

#3: First and Ten from the SMU 39 yard line: The North Texas Mean Green had the momentum, they had given up a touchdown to the Mustangs, but were now starting to roll in the right direction to answer the score. On the first down carry, running back Andrew Tucker had a lane around right tackle, but the gate came down in form of defensive end Andrew McCleneghen, who brought the chop down on Tucker’s grasp of the ball, and the ball laid at the 34 yard line for linebacker Jonathan Yenga to pounce on it for SMU. Five plays later, Matt Davis scrambled for a 50-yard touchdown and put the Mean Green in the rear view, for good.

Best Post Game Quote
“The game is meant to be fun, but the fun is in the winning.” – Head Coach Chad Morris. 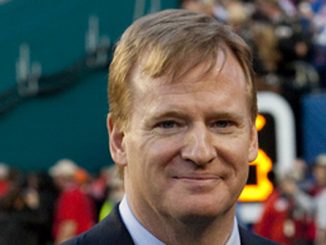 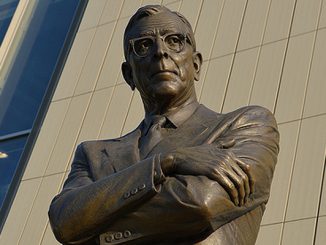 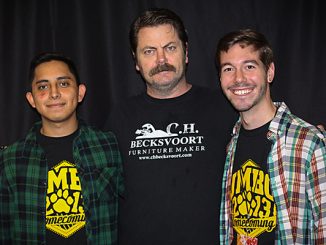